The purpose of a resource efficiency audit 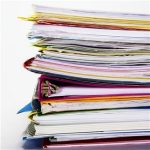 Over many years I have observed hundreds of energy efficiency and waste minimisation audits conducted by external consultants on behalf of a wide range of industrial, commercial and public sector clients, but one thing puzzled me greatly and this had to do with the purpose of a resource efficiency audit.

It was clear to me that most clients saw the aim of an audit as the production of the audit report, detailing a range of recommendations along with a cost-benefit analysis. Everything about the assignment reinforced this viewpoint. The Consulting firms each had their own consistent reporting format, which they jealously protected, and their proposal documents all talked about the specific content and time-frames for delivery of the report. The idea of the report as the product was further reinforced by the payment schedule where the final fees typically become due once the draft report had been reviewed and approved.

Unfortunately many of the reports that were produced simply went on to gather dust or languish at the bottom of a stack of documents.

I was not alone in being frustrated by this passive approach to audit, for many consultants could see that the results of their hard work were not fully appreciated by clients.  As a result I, and a number of colleagues, started to think about the purpose and output of an audit and we came to the conclusion that the underlying objective of an audit is not to deliver a document, but to identify and gain approval for actions that would save money and/or reduce resource use (depending on the client’s focus).  Thus the aim of the audit became the commitment to improvements, not a piece of paper.  The process should be outcomes driven not report driven. With this insight the nature of the audit process changed too. In particular:

The business case analysis was strengthened considerably and aligned much more closely to the client’s own methodology so that the additional effort to get from report to investment case, and hopefully approval, was eliminated; and
The feasibility and cost/benefits associated with the opportunities identified were validated through discussion with the site team, so that we had internal support and ownership for most, if not all, projects put forward; and
Decision-makers would be much more explicitly involved in the audit process. Thus we would request an initial discussion with the site Manager and Finance Director, and a closing meeting at the end where the “investment opportunities” were discussed (and hopefully approved); and
The structure of the reports changed. Technical details were relegated to appendices and the main body of the document was made much shorter and more cost/benefits focused. In some cases reports were dispensed with altogether, replaced by a PowerPoint presentation and an Excel “opportunities database” sheet setting out the opportunities. Because the report was merely a stepping stone towards action, Consultants no longer felt under pressure to write huge tomes and could focus more on impact of the document rather than the quantity.

These changes were intended to prevent the audit results becoming a simple yes/no decision gate. We were seeking to smooth the transition from opportunity to implementation. Thus in conversations with decision makers we always referred to the end-of-audit meeting as their “opportunity selection” session where we would be looking for decisions, not passively conveying information. Clearly this places a greater burden on the audit team and the site stakeholders to agree recommendations then and there, but it also creates much greater levels of satisfactions amongst audit team who can see their ideas being adopted and much greater value-for money from the audit process for the client. It wasn’t a problem that at this meeting there were often some opportunities that were awaiting data to properly quantify – we would simply put these into the “to be investigated” box and get approval for the necessary effort. 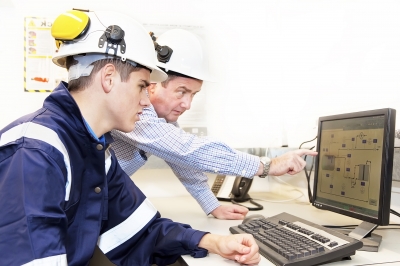 Figure 137 Working with the site team, some savings opportunities simply involve changing temperature or pressure set points and can be immediately implemented once they are approved. Making it clear that the purpose of a resource efficiency audit is to deliver action provides an incentive to make these immediate savings.  (Image courtesy of FreeDigitalPhotos.net)

In moving towards this much more outcomes-driven approach to audit, another important change took place: it became quite natural for the audit team to work with the site to implement any feasible no/low cost improvement opportunities during the audit process itself. Rather than holding back on these opportunities to make the overall value of the recommended actions look better, we took the attitude that: “if it is a no-brainer, just do it”. Thus we would come to the close-out meeting with the decision makers saying: “these are the recommended next steps which for investment a$ will save b$” and “the packing team has already implemented savings worth x$ per year, and the engineering team savings worth y$”. In most cases, x$ and y$, were considerably more than the cost of the audit so the audit process itself, rather than being a cost was now seen as a cost-saver.  This helped the consulting firm build a case for further audits at other sites, so it was good for business as well as the morale of the auditors. The site teams naturally were pleased to receive the acknowledgement for a good job from the senior decision-makers and the journey to improvement could be said to have already begun.