These are some of the titles in my own library and I wanted to share some of my impressions with you. Please note that when it comes to the ratings at the bottom of the reviews, I have  a very specific bias – I have asked myself how useful is this book in terms of delivering sustainability or resource efficiency in organisations. There will be some great titles which are “must-have” for sustainability practitioners but which rank low on this basis – so please don’t consider the ratings as a reflection of the book as a whole!

If you have a favourite title, or you think I have got something wrong in a review, please do post a comment or contact me using the links to the right. 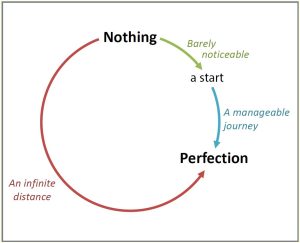 Is that true, though? Some argue that if all that we request in terms of change is a minor action, then this will result in – surprise, surprise – a small result! Folks like Donella Meadows, Bob Doppelt and many others have reasoned eloquently that no less than a fundamental change to our underlying systems will deliver the scale of change needed to address the magnitude of the problems we face. Similarly, Cambridge Professor David MacKay, in his fantastic book Sustainable Energy — without the hot air  asserts: END_OF_DOCUMENT_TOKEN_TO_BE_REPLACED 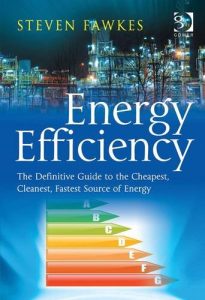 I have been looking forward to reading Steven Fawkes’ “Energy Efficiency – The Definitive Guide to the Cheapest, Cleanest, Fastest Source of Energy“, ever since I heard on his blog that it was about to be published. I have enjoyed reading Steven’s blog for some time now and I regret that I only just missed working with him advising on the new Energy Efficiency Deployment Office here in the UK   a couple of years ago – there were three positions and I was fourth on the list! Cest la vie!

Certainly I find myself in violent agreement with much of Steven’s observations. For example he starts the chapter on Management Techniques thus: “It is about Management, Not Technology.  The process of improving energy productivity is not a technical problem. It is a management process“. This is sweet music to my ears.

END_OF_DOCUMENT_TOKEN_TO_BE_REPLACED

Climate Change for Football Fans [Paperback]
Being a complete novice on the finer arts of football (or soccer to our North American readers) I approached James Atkins’ book, Climate Change for Football Fans, with some trepidation.  More so when I saw the précis: “This is a book about climate change policy, which is one of the most boring topics in the world. So it includes stuff about football, which is one of the most exciting topics in the world.”!

Well it turns out that even a football-illiterate like me can gain a great deal from this quirky, irreverent, funny and thought-provoking book. Clearly written from a position of deep understanding of the subject of climate change policy – and presumably equally so of football, although I am not such a good judge here – this book delivers an insightful analysis of the emissions reduction predicament we face. END_OF_DOCUMENT_TOKEN_TO_BE_REPLACED

Sustainable Materials with both eyes open [Paperback]
I was really excited to read this book since it comes from the same stable as the outstanding “Sustainable Energy Without the Hot Air“, by David MacKay.

I am delighted to report that this book did not dissapoint! In “Sustainable Materials With Both Eyes Open” the reader is treated to an equally accessible, fact-rich and thoroughly credible exploration of whether we can deliver our future material requirements in a carbon-constrained world with 50% fewer emissions.  END_OF_DOCUMENT_TOKEN_TO_BE_REPLACED

The Limits to Growth Reviewed

One of the most influential books on the subject of resource efficiency in the 20th Century was The Limits to Growth [ meadows1972limits  ] by Donella H. Meadows, Dennis L. Meadows, Jørgen Randers, and William W. Behrens III.  Commissioned in 1972 by the Club of Rome, an influential think-tank, the study used computer systems – an innovation at the time – to model the interaction of population, pollution, capital investment, agriculture and natural resources. Each of these drivers had positive and negative feedbacks with each other – e.g. as agriculture improved so did food per capita which boosted population, at the same time as population increased so too did pollution and natural resource consumption, while a decline in resources decreased industrial output. END_OF_DOCUMENT_TOKEN_TO_BE_REPLACED

First of all I would like to thank my dear friend Massimo Bettanin at global consultants ERM for urging me to read Paul Gilding’s “The Great Disruption”. His enthusiasm for the book put it at the top of my holiday reading this summer and, curiously, it was as satisfying to me as any holiday thriller.

I make this comparison in order to deliberately highlight  the unusually strong literary structure of The Great Disruption. END_OF_DOCUMENT_TOKEN_TO_BE_REPLACED

Leading Change Towards Sustainability
The front cover states that this is “Ranked as one of the best ten publications on sustainable development, according to a Globespan Survey of Sustainability ‘Experts’“. So I naturally approached this title with a measure of suspicion! I am pleased to admit that my inital doubts were entirely misplaced and today Bob Doppelt’s book is one of the most thumbed, pencil-marked, corners-folded volumes in my library! END_OF_DOCUMENT_TOKEN_TO_BE_REPLACED

END_OF_DOCUMENT_TOKEN_TO_BE_REPLACED

Managing Energy From the Top Down – Christopher Russell 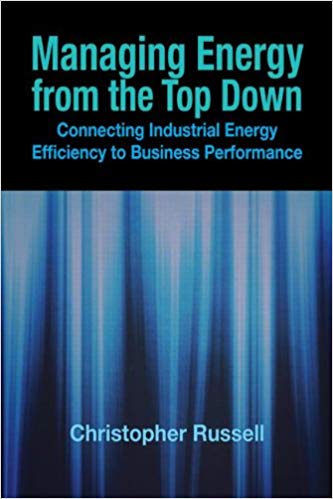 This is almost certainly one of the best book on energy management ever written.

I’ve got to say right from the outset that Christopher Russell is absolutely spot-on with his diagnosis of the reasons why organisations fail to realise the very substantial financial benefits associated with energy efficiency.

It is refreshing that he not only diagnoses the barriers, but offers a wide range of solutions – some innovative, some challenging, but all thoroughly practical.

His focus on leadership, organisation, roles and financial business cases touches the core issues for successful energy management. He beautifully demonstrates the stupidity and value-destruction in the way many organisations approach energy efficiency. The challenge is not around technical solutions (we largely know how to save energy) but in getting these solutions implemented – in raising them to the top of the corporate agenda.