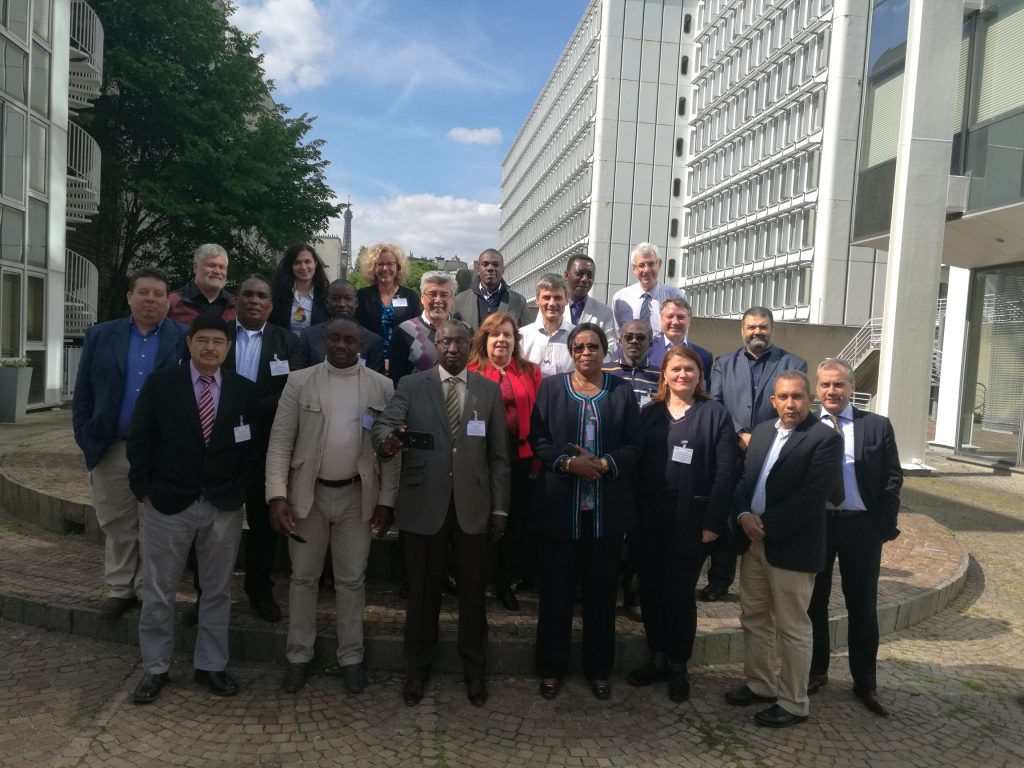 In order for countries to be able to develop effective policy measures and strategies to achieve the F-Gas phase-out, they need to understand where their current emissions are and what the future trajectory looks like. This is where the Excel tool, HFC Outlook comes in.  The tool was developed by Ray Gluckman and Tim Thurnham at Gluckman Consulting, with the support of the European Partnership for Energy and the Environment (EPEE), which is trade body that represents the refrigeration, air-conditioning and heat pump industry in Europe. HFC Outlook has a highly detailed model of all the sectors and sub-sectors that use F-gasses (from air-conditioning, to vehicles, to supermarket chillers to industrial processes etc.) and the characteristics of these sectors such as leakage rates, system longevity and so forth.  Using these market projections and characteristics, scenarios can be developed to inform policy-making in each country. 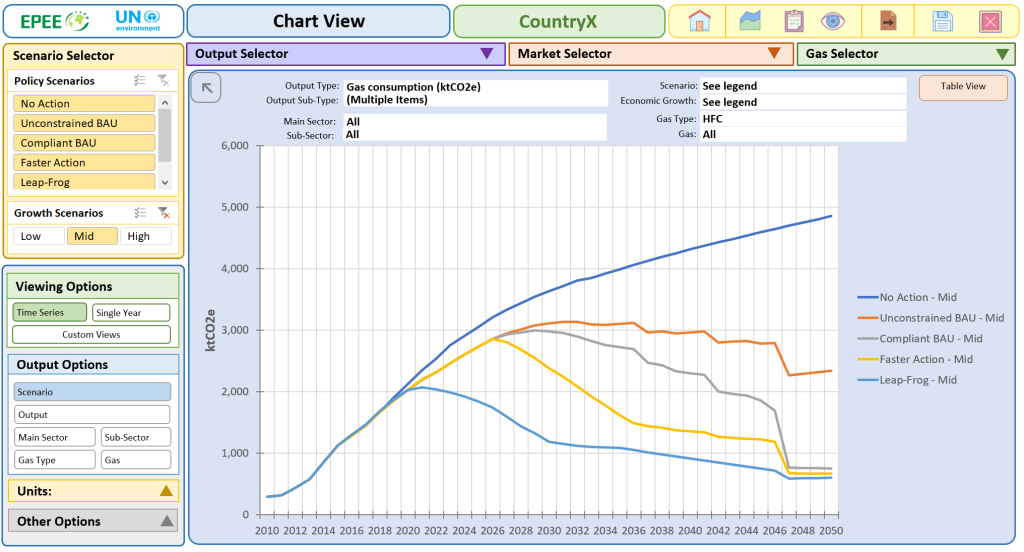 Niall Enright also contributed to the HFC Outlook tool development, primarily on the user interface.  For example,  he developed a translation module that allows users to change tool’s interface and data on demand. The languages are not limited to western text, and Hindi, Russian and Arabic are amongst the languages supported. Its important to note that SustainSuccess’ contribution was relatively peripheral, the real power of HFC Outlook, of course, is the incredible modelling and data presentation work by Ray and Tim. The screenshot above, for example, shows the F-gas emissions that would arise in five scenarios.

The Paris workshop was hosted by Ayman Eltalouny and Amr Abdelhai from OzonAction, part of the United Nations Environment Programme (UNEP), who are facilitating the F-Gas phase out in emerging economies. The participants from the seven countries piloting the tool engaged in a two day programme of discussions, training and feedback which are paving the way for country-specific models to help them identify the most important F-Gas emitting sectors in their countries and the best strategies to meet the Kigali goals. Niall’s fluent Spanish and good French language skills helped to ensure the flow of ideas worked well for all the attendees.

All in all it was a thoroughly enjoyable assignment, and a real privilege to work with such talented and committed colleagues. This is a hugely important piece of work, helping countries to “move the dial” in the fight against climate change. The pilot countries are to be applauded for their participation as they help shape the best way to roll out the tool to all the Kigali signatory countries. Without the support of OzonAction and EPEE the workshop and pilot would not have been possible, so they deserve huge kudos, too.