Home » Blog » Canaries in the mine: Mega-solar plants and grid parity
Wed06 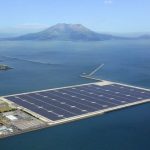 The largest Solar PV plants today are in the US, of which the 250 MW Agua Calientes Plant in Arizona currently has the highest capacity. China too has some very large installations, such as the Golmud Solar Park. These are in desert locations where there is a huge amount of space for further expansion.

Fascinating though this is, these mega-solar plants, like the canaries in the mine signaling CO, may give us an early indication that we are at a very important “tipping point” in word-wide power generation.

Tumbling PV prices will see even more schemes brought forward. Grid-parity, that is the point where the cost of generation with PV matches the cost of other fuels, was achieved for the first time this year, in Spain, according to Bloomberg. This has led to a huge wave of applications for new permits in Spain which have reached a staggering 37.5 GW capacity (to put that into context Spain’s entire electricity generation capacity is 100 GWh and peak demand 45 GW). One 150 MW plant proposed for Toledo (twice the size of the Japanese plant above) would generate electricity at a cost of just €55 to €60 a MWh (that is £45 to £50 – comparable with UK wholesale electricity prices) ! Of course not all these plants will be built and many of these applications are speculative. Nevertheless, it is the first time that we have seen subsidy-free solar generation compete at scale with with other forms of electricity generation. Those who forecast the demise of solar PV in Spain following the withdrawal of all government subsidies after the credit crunch have been proved wrong.  The huge over-capacity in the PV market, with supply exceeding demand by a factor of two, means that the cost of panels has never been lower.

A fascinating new report by Citi, “Energy Darwinism” forecasts a huge switch away from conventional generation to renewables in the coming decades. They predict that 71% of future electricity generation investment will be in renewables, not because of subsidies but because the “Levelised Cost of Generation” for renewables will be cheaper. In fact solar PV can already be said to be “eating the lunch” of gas because it competes on price (especially where subsidies still exist) and it  steals the most valuable part of electricity generation at the peak of the day when prices are highest. As a result of this a number of German utilities have been forced to release profit warnings, with some gas power plants in Germany running for less than 10 days in 2012. And it is not just solar – Citi report that wind is currently price-competitive with gas in many markets as well.

For utilities these trends represent a real headache.  Energy supply is becoming distributed, and the centralised economic model is proving expensive and inflexible. Add to this Citi’s prediction that electricity demand will reduce by 20% as a result of energy efficiency, the net result will be that the overall addressable electricity market for large utilities in developed countries will decline by 50% in the next two decades.

That is absolutely staggering!

It is the “perfect storm” for large conventional generators, and calls into question our own Government’s decision to support the Hinkley C nuclear power plant. I hasten to add that I am not against Nuclear per se, which as a low carbon form of electricity generation is certainly preferable to fossil fuels, it is just that the commitment of £92.00 per MWh output may look extremely foolish. Certainly large bets on shale gas look decidedly risky in the long-term.

Despite the good prospects for renewables. I have been brought down to earth by two reports released this week. The UN’s Emission Gap Report for 2012 puts us 14% away from our 2020 emissions target and a second report from the World Meteorological Organisation confirms that atmospheric CO2 is at its highest ever level and rose by 2.2ppm last year compared to the average of 2.0ppm over the last decade.

So, still lots to do.