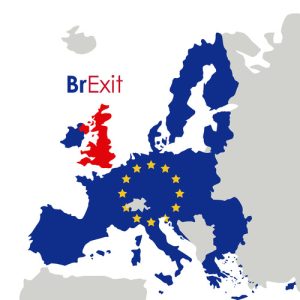 The complexity of disentangling the UK from European institutions has been put in sharp relief by the intricate manoeuvring taking place around the EU Emissions Trading Scheme. Politicians have been at pains to talk up the simplicity of any transition and the ease with which existing EU environmental legislation will be translated to the UK statutes through a “Great Repeal Bill”. In practice the process is proving to be much more complex.

For those who are not familiar with the EU-ETS, it is the world’s largest carbon market – designed to provide a price signal for 11,000 large emitters of CO2 (plus N2O and PFCs) in 31 countries (all 28 EU countries plus Norway, Iceland and Liechtenstein), as well as aviation operators into and out of the EU.

So far so good. The mess BREXIT has created involves the detail around the timing of the scheme. We are currently in Phase III which runs from 2013 to 2020. In each year, participating organisations must comply with the regulation by the 30th April, the deadline for them to provide (a.k.a. “surrender”) sufficient carbon allowances to match their emissions in the previous calendar year. Now with the official date for BREXIT being the 29th March 2019, it has not escaped people’s notice that the UK will no longer be part of the EU on 30th April 2019 and so UK participants will not be under a legal obligation to surrender allowances for their 2018 emissions.

There are two problems with this. First of all, absent a requirement to surrender allowances, organisations will no longer see a need to buy these from the government auctions (the value was £340 million in 2016). Furthermore, as the UK is moving to a position of being a net seller of emissions, the revenue that the UK businesses would have gained in the latter stages of the phase is no longer accessible.

The second problem centres on what happens to the allowances that UK firms may have accumulated for later surrender, or may be free-issued in 2018 while the scheme is still legally in place. If UK firms choose to dump these no-longer needed allowances on the market, it will lead to a surplus and a collapse in the price for allowances, just as the EU are proposing wider reforms designed to introduce scarcity and increase costs.

The “Brexit Shield” solution initially proposed by the EU on October 25th was to “mark” UK allowances so that they could not be used by other EU countries to meet their obligations. Caught somewhat off-balance, and concerned that UK surplus emissions-holders – presumably having done the “right thing” and invested in efficiency measures – would be left holding now worthless allowances, the UK government put forward a counter-proposal based on modifying the compliance dates. Under the UK scheme, the problem would be solved by moving the compliance deadline in the UK from 30th April 2019 to the 22nd March 2019 – a week before BREXIT. It was also reported that the UK threatened to derail the previously mentioned reform legislation designed to strengthen the EU-ETS in the next phase after 2020 if their counter-proposal was not adopted [1].

The issue came to a head last week, on the 30th November. The EU27 (i.e. all EU member states except the UK) agreed to accept the UK proposals for a date change so long as the UK government brought forwards the necessary legislation by the end of the year. However, the deal made was conditional on the UK remaining part of the EU-ETS for the remainder of the Phase (i.e. until April 2021, when 2020 allowances need to be surrendered). If the UK is not able to secure a deal to remain within the ETS by Spring 2018, then the EU law will be changed so that the tagging of UK allowances can start. Whether this means that newly-issued allowances would be tagged from 1st January 2018 or from the date of the legislation is not clear, creating further uncertainty in the market.

With around £1bn at stake for the UK government and allowance-holders between now and 2020, and the integrity of a key global climate change mitigation measure at risk, we must all hope for a successful conclusion to the negotiations early next year [2]. A “soft” BREXIT from the ETS, i.e. participating until 2020 at least, is in everyone’s interest.

We should not forget that it was the UK who created the first large scale emissions trading scheme in 2002, on which the EU-ETS was heavily modelled when it launched in 2005. There is no doubt that putting a price on carbon offers a significant incentive for organisations to reduce emissions. The ambitious UK Climate Change Act goals for a substantial decarbonisation of our economy will remain on the statutes post-BREXIT and so it seems obvious that we would wish to maintain a carbon price signal in order to underpin those emission reduction targets.

The future shape of any emissions trading in the UK post BREXIT remains uncertain. One option, of course, could be to remain in the EU-ETS (importantly, European Court of Justice jurisdiction does not appear to be mandatory as European Economic Area countries such as Norway or other more loosely-linked emissions schemes such as Switzerland, are outside its jurisdiction but still in the EU-ETS). The environmental think-tank Sandbag have produced a great briefing on the options available [3]. I myself am fairly agnostic as to which option should be implemented – an advantage of “going it alone” is that we can set ourselves in the UK a tighter cap on allowances than would otherwise be the case in the current EU-ETS, but the flip-side is that anti-regulation enthusiasts and climate change deniers could neuter any scheme under the pretext of “diminishing regulatory burdens”.

Arguably the EU’s most successful energy-efficiency policies have been the Ecodesign and product labelling regulations which have contributed to an 18% reduction in energy use in the appliances covered [4]. In my view, it is vital that the UK maintains parity with these regulations – not only in order that our manufacturers can preserve their markets for their products in the EU27 but also because we must avoid becoming a global dumping ground for sub-standard, inefficient technologies.

It is true that BREXIT provides a space for a radical re-examination of current policy in the UK. There is no doubt that EU approaches can be improved upon – take for example the recent dilution of vehicle emissions standards to satisfy manufacturers [5]. The fundamental question is: “will the UK strengthen or weaken its environmental aspirations, given the creative space that BREXIT offers”. There are some powerful free-marketers like Sir James Dyson – as well as right-wing sections of the UK Conservative Party –  who promulgate BREXIT as an opportunity to create a low-regulation, low-tax, hire-and-fire regime where capital is free to move to the lowest cost producers. Putting aside criticisms of the social cost of this ideology, this is not an approach that is compatible with our effective response to climate change – which we should not forget is one of the greatest dangers humanity faces and one which is indifferent to our “euro” or “non-euro” tribalism. Climate change and resource scarcity are problems that requires us us to work collectively not independently and policy and regulation are one of our most powerful tools.